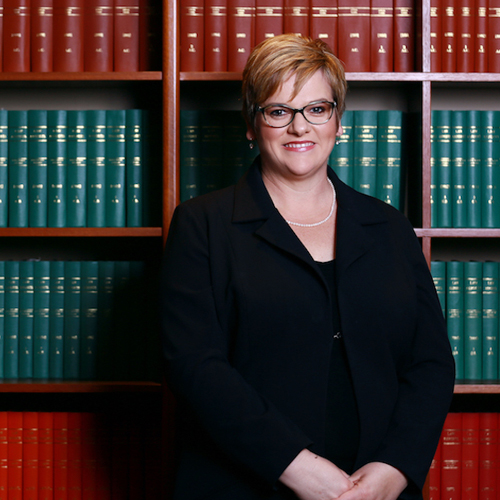 Dr Kerri Mellifont QC has been admitted as a Barrister based in Brisbane since 1994, taking silk in 2010.  Her key areas of practice are:

Kerri’s extensive advocacy experience means that she is also sometimes briefed in matters outside her core areas, but which require complex cross-examination of a witness or witnesses.

She was a member of the Psychologists Board of Queensland from 2005 until 2010.

She holds a doctorate from QUT in the topic of illegally and improperly obtained evidence and is the author of the Federation Press book on that topic entitled “Fruit of the Poisonous Tree”.

Kerri is currently one of the Senior Counsel Assisting to the Royal Commission into Violence, Abuse, Neglect and Exploitation of People with Disability.

Kerri has been recognised in Doyle’s Guide as a Leading Employment and WHS Barrister for Queensland in 2016, 2017, 2018, 2019 and 2020, and, in the Recommended category Australia wide in 2016 and 2017.  She has also been recognised by Doyle’s Guide as a Recommended Insurance and Personal Injury Barrister for Queensland in 2016.

Kerri was the recipient of the WLAQ ‘Woman Lawyer of the Year’ Award 2017.

Kerri also has a particular passion for acting as a mediator and helping people achieve outcomes through that process.